Five years ago, a company called UberCab made a splash in San Francisco by letting you hail a car with your smartphone. Since then the company, now known as Uber, has spread like wildfire through the globe. Uber currently operates in 58 countries and is valued at over $US50 billion.
But the road hasn’t been easy.
Uber has fought rivals and regulators as it has transformed from a black car service into a sprawling logistics company gunning for a future of self-driving cars. It has confronted threats from the taxi industry and even its own drivers.
But its valuation has continued to climb, and it has attracted more and more investors.
As Uber bolsters its war chest for a huge push into China, we look back at how the company got to where it is today. See the insane and successful journey of Uber and its CEO, Travis Kalanick, as it has moved from an idea into a worldwide phenomenon.

June 1998: Scour, a peer-to-peer search engine startup that Kalanick had dropped out of UCLA to join, snags its first investment from former Disney president Michael Ovitz and Ron Burkle of Yucaipa companies.

April 2007: Kalanick sells RedSwoosh, a company he’d founded in 2001, to Akamai for $23 million and becomes a millionaire. He says he started RedSwoosh as a ‘revenge business’ to turn the 33 litigants who sued Scour into customers.

December 2008: Kalanick first hears the idea for Uber at the LeWeb technology conference. He thinks of it as a way to lower the cost of a black-car service using your phone.

March 2009: Uber is founded as UberCab, a black-car service. Garrett Camp, Oscar Salazar, and Conrad Whelan build the first version, with Kalanick serving as a ‘mega adviser.’ Kalanick has also said his title back then was ‘chief incubator.’

June 2010: Uber launches in San Francisco. At the time, it cost about 1.5 times as much as a cab, but you could request a car in San Francisco by sending a text or pressing a button. It quickly became a hit.

December 2010: Ryan Graves, who had become CEO, steps down in favour of Kalanick. Graves became Uber’s general manager again, and both say the reshuffle was a friendly one.

February 2011: Uber closes an $11 million Series A funding round that values the company at $60 million. Benchmark Capital leads the round, and its partner Bill Gurley joins Uber’s board of directors.

July 2012: Uber unveils its secret low-cost ‘Uber X’ project to the world. The service debuts at 35% less expensive than the original black cars, and features cars like the Prius and the Cadillac Escalade. Kalanick declares, ‘Uber is ultimately a cross between lifestyle and logistics.’

August 2013: Uber moves into India and Africa, and closes a Series C funding round which sees an enormous $258 million investment from Google Ventures. This round values Uber at $3.76 billion.

April 2014: Uber begins its UberRUSH service, which brings bicycle delivery to Manhattan. The service starts at a flat fee of $15, though it’s subject to additional charges based on zoning.

July 2014: Uber enters China after raising a $1.2 billion funding round at a $17 billion valuation in June. China looks like it will eventually become Uber’s biggest market, and today four out of Uber’s 10 largest cities are in China.

August 2014: Uber starts its UberPOOL service, which lets you split the ride and cost with another person who is riding a similar route. It’s the Uber version of carpooling.

January 2015: Uber rolls out UberCARGO in Hong Kong, which expands Uber’s service to include all moving and delivery needs. Uber calls it a way for your goods to ‘travel like a VIP,’ and this new feature continues Uber’s move in the direction of a logistics company.

May 2015: Uber poaches over 40 employees from Carnegie Mellon to staff its robotics research facility, which it opened in February to build self-driving cars. Kalanick has previously mused, ‘The reason Uber could be expensive is because you’re not just paying for the car — you’re paying for the other dude in the car.’ 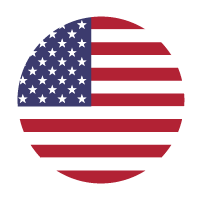